Daikoku, where you can pick up the cheaper tickets (Photo: Hannah Warren)

In the traditional Japanese suburb of Asakusa sits Hanayashiki, a small amusement park that offers a surprisingly good time.

Originally opened as a flower park in 1853, Hanayashiki is celebrating its 160th anniversary this year, making it the oldest amusement park in Japan. It also has the dubious honor of including the oldest rollercoaster in Japan, which I tried not to think about while I rode it.

Just a short walk from the station, it can be found by following the tall, yellow "Bee Tower". Entrance is ¥900, but here’s a sneaky tip: if you head to Daikoku (大黒屋), the discount brand and ticket store near the station, you can pick up entrance tickets for ¥700 each.

Once inside, ride tickets can be purchased for ¥100 each, or ¥1,000 for a book of ten. Rides cost from one to five tickets or, alternatively you can purchase an “all-you-can-ride” ticket for ¥2200. There are many different kinds of rides, from the so-called “Surprising House” to the rollercoaster, at varying levels of thrill and excitement, and most of them only take a couple of minutes to ride.

The main appeals of this park for me were the short waiting times—despite it being summer vacation—and the quirky, retro charm, with pirate ships constantly floating overhead, and the old-fashioned characters adorning every available surface.

On limited time and money, we decided to pick three rides for our morning at Hanayashiki. The rollercoaster was an obvious choice; it was short and sweet, with no loops but several good ohmigod moments as you shoot into low tunnels. For extra thrills, take good note of how rickety it is! Next was the Space Shot; you are literally shot up an enormous yellow tower into the sky at stomach-dropping speed. Try to get a seat on the side facing Sky Tree for the best view in the city. Our last choice was the Disk’O, a spinning platform which races back and forth along a curved track, but it was (unsurprisingly) temporarily under maintenance. We swapped it for the deceptively cutely named Little Star, which flipped us upside down in our star-shaped capsules.

With a few spare tickets we decided to ride the Bee Tower; little candy houses which are lifted up the signature tower and slowly spun around for a 360° view of Tokyo. No thrills (except wondering how long those cables had been in use), but a great view and an appropriately retro way to end the day.

The last thing we did (aside from the gift shop) was to ride a panda. This was an unexpected highlight for me because, realistically, how often does that happen?

Requiring none of the military organization or wallet-wringing of the bigger, flashier parks like Disney, Hanayashiki is a cheaper, easier and quirkier alternative which I highly recommend.

Hannah lives in Sydney and spends most of her time dreaming of being somewhere else. She loves karaoke, hates making plans in advance, and will probably never be able to read a map. 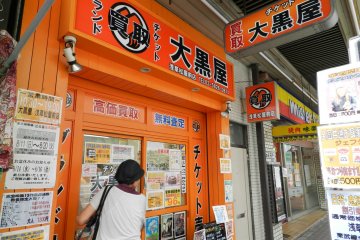 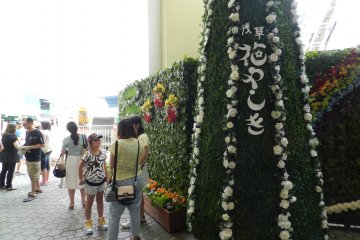 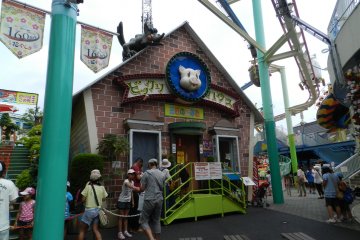 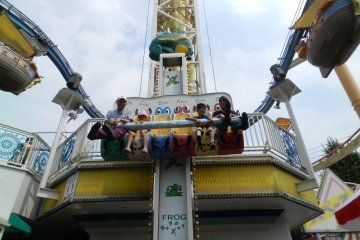 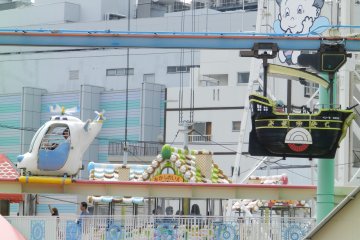 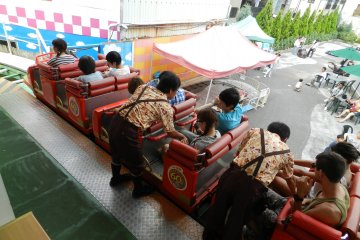 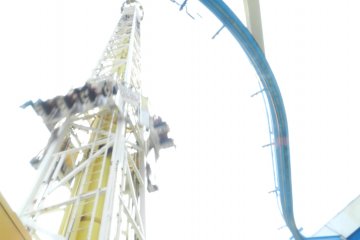 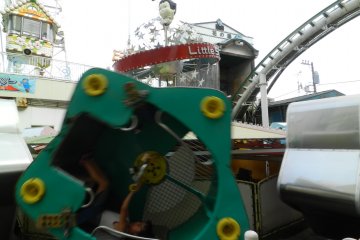 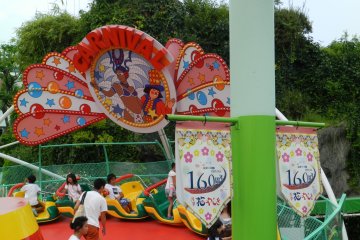 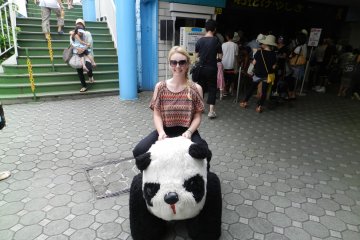