The Hiroshima Carp professional baseball team, named after the Hiroshima's "Carp" Castle, was formed in November 1949, less than five years after the city was destroyed and became an important focus for the city's revival. Without a sponsor for many years, the team relied on the financial support of ordinary Hiroshima folk. It really is the city's team.

The team moved from the much-loved downtown stadium (opposite the A-bomb Dome) to the Mazda "Zoom Zoom" Stadium in the spring of 2009. The new stadium is cutting edge and even creates some of its own power as the roof is covered with Solar panels. Inside the stadium, there is seating for over 33,000 spectators, equipped with specialty bars, comfortable seat options, group party terraces and views of the passing trains from the stands .

Whether you are into baseball or not, taking in a Carp game is an experience that shouldn't be missed. Watching the fans cheer, chant and blow trombones is as much, if not more, fun than the action on the field. There is also a huge array of things to eat and drink on offer from the concession stands along the concourse, or from the vendors in the stands.

The new stadium opened with much fanfare and seems to consistently have the atmosphere of the Carp team's former home for over 50 years. It has not let the Carp mad local fans down. It does seem more exposed to the elements than before making mid-summer games particularly hot without any shade in the main stands- make sure to come prepared.

The stadium has made a name for itself with all the seating options it offers. In fact, there are about 30 different seat types to choose from which can be a bit confusing, not to mention stressful, when you find yourself a the front of a long line at the ticket gate.

If you want to mix it with the Carp's famously passionate fans (including brass band and cheering squads) you will have to to head to the upper reaches of the outfield to the "Carp Performance" zones, tickets for which start from ¥1,800. Reserved infield seats range from ¥3,000 to ¥4,500 whilst a reserved seat in the outfield is ¥2,000. You could even splash out on one of the 670 Sunakaburi dug out seats (¥4,000-¥8,000).

More unique viewing experiences can be had from cushions on which you can lounge with your sweetie, and for groups terrace, barbeque, and even a tatami mat Zashiki style seat.

You can purchase tickets at the stadium (cash only), from 11am when there are day games, and from 11:30am on days when there are night games or no games.

You can also get them from convenience store machines (e.g. Lawson's Loppi) and many of Hiroshima's major hotels also sell tickets . They can also book some of the many special deals and seats that often include food and drink.

I've been living in Hiroshima since the mid 90's & still discovering new things to enjoy. I'm a big fan of both the old "wabi sabi" as well as modern and new designs, Japan offers both of these type of places to explore and enjoy. Even after many years here, I am still discovering surprising, fan... 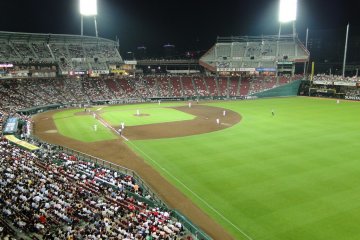 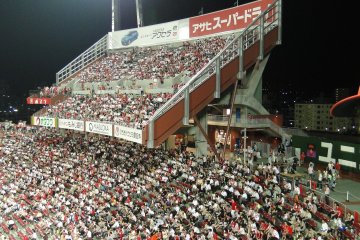 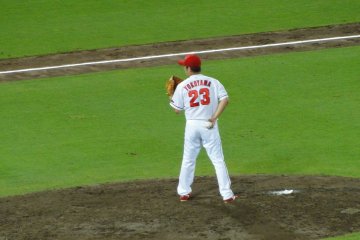